The Winning Combination is one of Canada’s largest manufacturers of natural health products and nutrition supplements, including the Bodylogix product line, a Shoppers Drug Mart exclusive brand. With the goal of increasing brand awareness and sales, The Winning Combination and public relations agency LexPR began developing a marketing campaign around the Bodylogix brand in the spring of 2014. Recognizing that correctly implementing the digital side of marketing is integral to a campaign’s overall success, they invited bv02 to partner in the promotion, based on our experience using digital marketing to build audiences and engage with targeted communities.

When bv02 began work on the Bodylogix campaign, The Winning Combination and Lex PR had already outlined the parameters of an extensive promotion involving a consumer contest with multiple prizes, advertising, media and blogger outreach, in-store signage and flyers, email to database, social media assets, and Twitter chat with experts. To provide recommendations around the best use of digital tactics, our team began by assessing the Bodylogix brand’s digital footprint and used this analysis to deliver a digital marketing strategy.

bv02 recommended working in conjunction with the existing digital assets and channels, including a web app, Facebook, the Shoppers Drug Mart website and other multimedia components, to create awareness and excitement around the Bodylogix brand. Our goal was to have the most impact as regards to longer-term engagement with high-quality fans (i.e. real prospective customers). To modify some of the parameters in order to bring them more in line with best practices, we provided coaching and presented a Social Contesting Best Practices guide, which ultimately helped to refine the design of the contest mechanics including prizing, content, community management, and overall voice and tone. With this guide in hand, bv02 then took on the Shape Up Sweepstakes.

bv02 developed an editorial calendar and compiled Facebook posts for a six-week period including one branded post per day with a focus on engagement in the form of social conversations and shares. The team was able to leverage the expertise and profile of several health and fitness experts, such as Stephanie Joanne, Lori Kennedy and Ted Lawlor, which lent credibility to Bodylogix’s posts as well as increasing reach significantly.

After developing the content campaign, bv02 worked on the look and feel for the Shape Up Sweepstakes, a four-week contest aimed at driving awareness and traffic to the Bodylogix brand and Facebook page. The contest used a contest application within the Bodylogix Facebook page that was accessible from desktops, tablets and mobile devices. To leverage entrants’ personal social media networks, we included a sharing feature in the contest, which rewarded the entrant with one entry for each referred friend. And to attract genuine fans to enter the contest, we targeted primarily women 25-55 who were interested in fitness, nutrition and other wellness-related topics in major urban Canadian markets.

The Bodylogix campaign was a major success in terms of raising brand awareness and engaging new customers. The newly developed content types and their respective look and feel have greatly improved organic (unpaid) reach of the Bodylogix brand. For instance, organic reach prior to the campaign (July 1-August 31) was 7,393 users per week versus 112,770 during the campaign (September 6-October 17). This does not include traffic reached through paid advertising.

Not only has reach increased, so has engagement. Prior to the campaign, only 54 users per week liked, commented on or shared a Bodylogix post on average. During the campaign, we increased engaged users to 2,061 users per week. This represents a 4,000% increase in likes, comments and shares of Bodylogix content – each of those resulting in new faces seeing Bodylogix content that is now branded with the logo and URL.

Through focused content and highly targeted advertising, we were able to attract a large number of fans within one of Bodylogix’s desired demographics – women aged 25-55 in major Canadian urban centres with an interest in fitness and nutrition. This demographic now represents 53% of total fans, compared to less than 40% before the campaign launched. Not only were they reached during the campaign, they are now fans signed on for frequent updates from the brand.

Finally, by adding an email subscription option to the Shape Up Sweepstakes contest, we added an additional 1,639 subscribers to the mailing list. This presents Bodylogix with yet another medium and opportunity for ongoing engagement and product sales with participants.

Such positive results prove that targeted digital marketing can effectively engage potential customers while increasing brand awareness. In fact, the promotional campaign was recently awarded an IABC Award of Excellence in 2015 for best social media campaign. The Winning Combination has been so pleased with the results of this campaign, that they continue to use the content and strategy tools developed by bv02 to build on the success achieved through the Bodylogix promotion. For the bv02 team, this is the best result we could ask for. 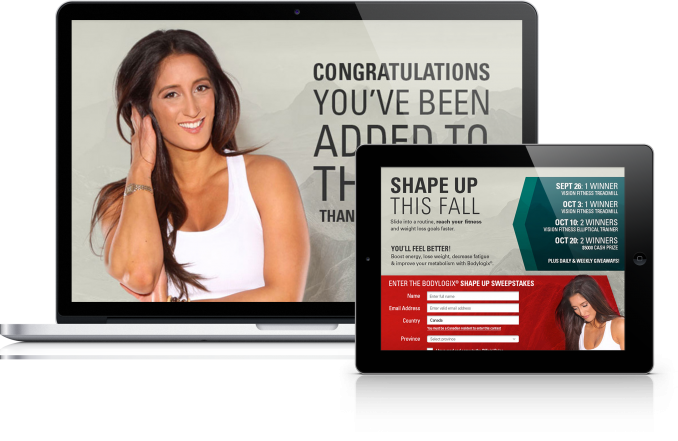 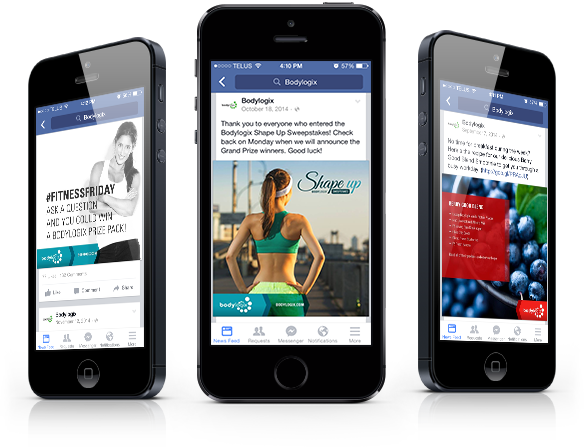 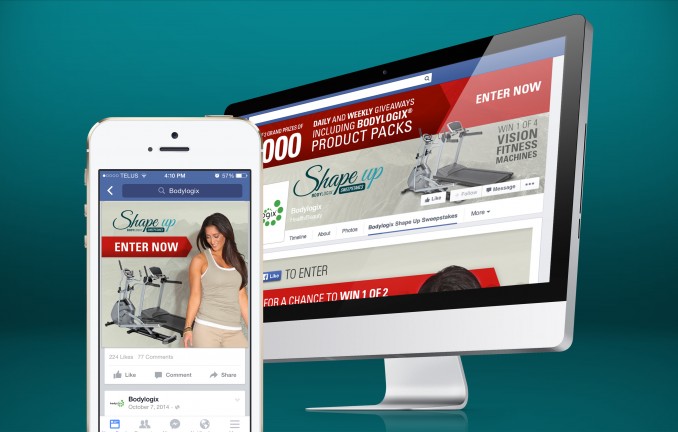