CARE Canada wanted to help people from across Canada welcome Syrian refugees. Together with bv02, they launched the Show You Care website, allowing Canadians to post “welcome” videos, and, hopefully, help people displaced by war feel a little more comfortable.

Since 1945, CARE Canada has been a leading humanitarian organization in the world. They began by sending CARE packages to European countries devastated by World War II, and over time, their humanitarian efforts have expanded. Now, they work in 95 countries, helping to alleviate poverty, improve health and education, increase food security, expand economic opportunities, and provide lifesaving assistance during emergencies.

In December 2015, CARE approached bv02 with a different initiative. Awareness of the Syrian refugee crisis had recently spread across the globe, and Canada was set to receive thousands of refugees. CARE sought to launch a website that would allow people from across the nation to upload videos welcoming the refugees and tell them about what they might like about living in Canada.

In the midst of war, chaos and upheaval, it was an attempt to build community and spread hospitality.

At bv02, we were ever so eager to take part in this project…but it was going to be a challenge. There were a few technical and logistical issues to take care of (including monitoring the content of the videos that were to be uploaded), but more than that, this project needed to be done right away.

bv02 assembled a team of designers, developers, strategists, testers and copywriters, and within a truncated timeframe, created the layout, developed the functionality and wrote the copy for the website. The website was launched within a few weeks of the CARE initially approaching bv02.

Once live, Canadians across the country started uploading videos. At the same time, CARE launched a social media campaign creating more buzz and making the website all the more successful.

It was an energizing project for the team. bv02 believes in doing good projects with good people, and we are very proud to have been granted the opportunity to be a part of CARE’s project. 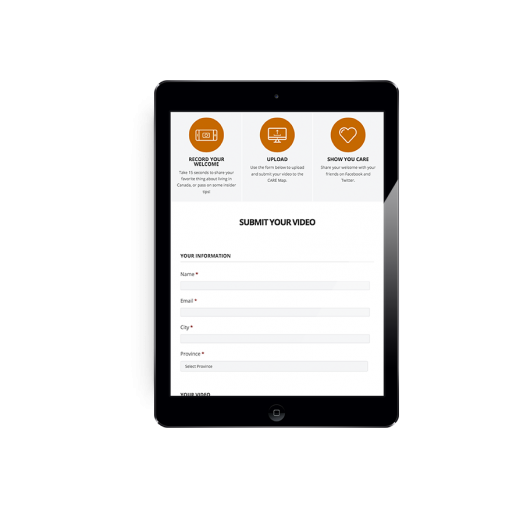 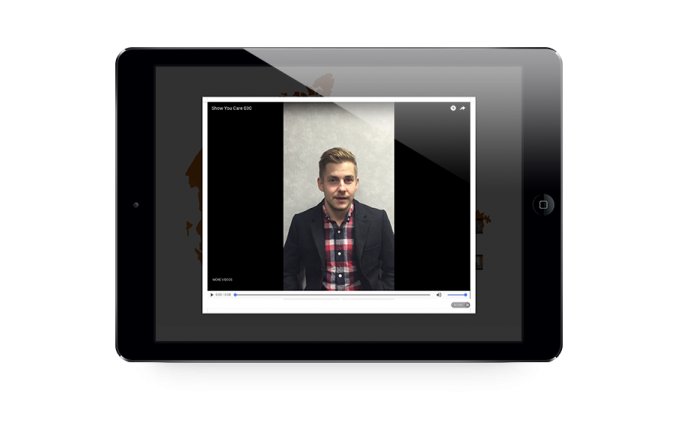