In this episode of The Brief, Andrew sits with successful serial-entrepreneur and CEO of You.i TV, Jason Flick. You.i TV [link to: http://www.youi.tv/] builds products to help media and entertainment companies deliver the best experiences for their customers on all screens by turning TV viewers into users, buyers and fans.

Customized content is now an essential driver for customer engagement. It’s not just the Internet of things anymore, it’s about the internet of me. You.i TV has harnessed a way to bring information forward in a creative way that benefits both the brand and the consumer.

It’s about knowing what my interests, routines and habits are; learning them and feeding me the information that I desire! 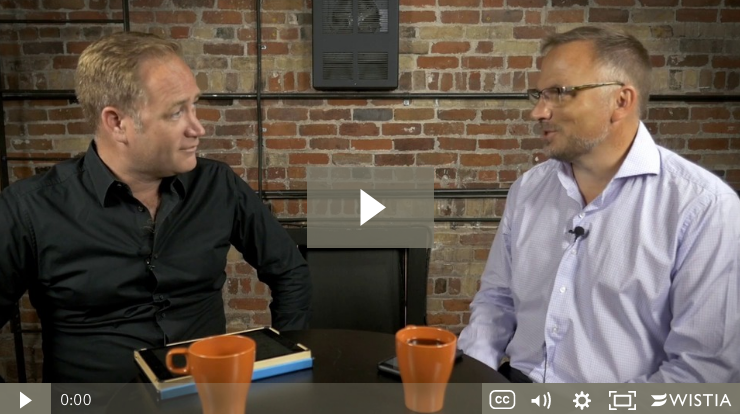 Andrew MIlne and Jason Flick of You.i TV talk about the shift in TV and it’s influence on brands, advertising and technology providers.

The Big FAANG – Shifting Away from Traditional Channels

There has been a tremendous shift in how news and entertainment is being presented to the world. From cable television, to on-demand, to live streaming – there is no denying that the current generation is absorbing content much differently than a decade ago. Facebook, Amazon, Apple, Netflix and Google (FAANG) have each had an astronomical impact on how we consume content. From micro to macro, it’s all about personalization.

Content comes in many shapes, sizes and formats – naturally, we absorb them all differently. Not only does creating a variety of content types (blogs, micro clips, videos, podcasts, etc.) broaden one’s audience, but it also allows room for creativity. There are no boxes anymore. It’s no longer about filming a 30 or 60-minute television episode with six 1-2 minutes commercials in between. It’s about taking a video series and distributing in full length video format, accompanying it with a blog, releasing a podcast, and using micro clips to advertise it across numerous social media platforms. It’s about using SEO to your advantage, so people who are interested in #You.itv, #bv02 and #mediadistruption can find you in a Google search. It’s about brand exposure, period.

Advertisers still want to spend their money, but to maximize their ROI they have to get creative and strategic. They have to determine their target audience and engage with them. In the words of Jason Flick, “advertisements need to become fun, interactive and relevant – all at the right time”

APPS – The Future of TV [The Cook Theory]

In September 2015, Apple Inc. announced that Apple TV that will support third-party developer apps (THE WALL STREET JOURNAL). So began a huge shift in the way that entrepreneurs, such as Jason Flick, started to think about their products. In app purchases, RFID (radio frequency identification), location content and the richness and diversity that apps offer is coming to TV.

You.i TV has built an engine that creates one very branded experience that can work across multiple platforms from a single code base. It breaks down in two parts:

LIVE – Heading Beyond the Stream

‘Live’, when in context of live streaming, can mean more than the literal meaning of transmitting or receiving live video and audio coverage of an event over the internet. It now can offer a level of personalization so tailored to an individual that they may choose to live stream the event even while watching it in person. How? By tailoring the data on the screen to be specific to the individual, such as, the stats of your favourite hockey or baseball player.

“To have a product that just does something isn’t good enough anymore… it has to be beautiful and fun to use”, says Jason Flick

The future of TV looks bright, clear, and in high-def!

PS – Have you heard the news? As of September 2016, You.i TV has just received a second round of funding from Time Warner “to further accelerate You.i TV’s response to demand for its products, to enhance its app designer workflow IP and to continue to grow its partner channels” [read more].

Links for your enjoyment: